For a country that allegedly runs on coffee, it is surprisingly difficult to get a good cup of it in the US.

It’s ludicrously easy to get coffee, as long as you’re not picky, in quantity. Every house has a coffee maker in much the same way that every dwelling in Ireland has a kettle (though in America it’s not supplied with the dwelling; nomads passing between rental accommodations must bring their own, and we do). It’s always a drip-style coffee maker, which is so obvious that it never gets mentioned. If there’s a coffee maker in one’s hotel room, it’s a drip coffee maker. French presses are exotic. Espresso machines are fancy (and don’t work that well in a home setting anyway). But everyone has a drip coffee maker and has a passing familiarity with how it works.

Every restaurant, similarly, has an industrial sized drip coffee maker. You can usually find a carafe of coffee sitting around any commercial kitchen, though you aren’t going to know how long it’s been there unless you’ve watched the coffee being made yourself. American coffee is strong, ubiquitous, and plentiful. It lubricates the corporate machine that churns under the surface of America’s culture, and it’s a staple of most people’s mornings whether it’s dispensed from the home coffee maker, the carafe at one’s breakfast restaurant, or a tap from a “coffee place.”

It is not the coffee we get here in Ireland when we ask for “black coffee.” It’s made from the same beans, and it sort of looks and tastes and smells like it has a common ancestor, but the similarities end there. In much the same way that Americans come to Ireland looking for the authentic Irish experience and become confused when they find a modern country ticking over, our home-grown local hipsters will likely experience frustration when they land in the US and find the coffee that runs like water through the entire culture is not the artisanally created cup-by-cup jewel of deliciousness they’ve worked so hard to find in their home city.

Authentic American coffee is ubiquitous, not delicious. It’s what you’re offered when you wake up in your sister’s bedsit and you sit across a table from one another and share a bleary-eyed chat in the stolen moments before the day’s tasks begin. It’s what you notice when you’re staying with a family that wakes up well before you do, when the sounds of people pushing themselves out the door are accompanied by the wafting aroma of highly processed coffee grounds that have been revived with hot (not boiling) water. It’s what gets poured into your mug over and over and over when you order coffee with breakfast. Stuff doesn’t get woven into a culture because it’s high quality; it gets there by always being there. It doesn’t need to be good, it just needs to be available, and it stays there because it becomes comforting in its familiarity.

This is why some people will swear by tinned cranberry sauce as a necessary staple of Thanksgiving dinner, even after experiencing proper cranberry sauce made from actual cranberries in one’s own kitchen. The stuff made from scratch is probably “better” but that’s not the point. The tinned stuff is authentic simply because it’s what most people would be used to, and when they’re replicating their childhood experiences they’ll go for what they actually (authentically) experienced. Which involves something with the imprint of rings that stay there when served.

People will often look for or ask about “authentic” food, drink, and pasttimes when they go to a new place or meet someone from far away. What is it really like? Don’t give me the tourist summary, tell me what your life is really like. The answer is personal and has more to do with how your parents (or whoever minded you before you were able to mind yourself) managed to keep your fed and clothed and out of trouble. As an expat you become foreign no matter where you are, so you get these questions about authenticity a lot. A common reaction when I give answers is “That’s not what I’ve heard.” Sometimes it means my experience isn’t the one most people have, but most of the time it just means that it’s not what the asker expects to hear. It leaves me bewildered about what people are looking for when they search for authenticity, and whether I am justified in deriving the comfort of the familiar from things I thought were bedrock experiences.

I gave myself two nights in Seattle despite only meeting one person there, and that for just a short amount of time. It was a bit of a pilgrimage, as I worked for Starbucks at a tender age and I feel that Seattle is a Mecca for certain things I deeply enjoy. I wanted to see the beginning of a particular thread in my coffee (and culinary) life, and how it presented itself. Authentic? Maybe not, but I already know what authentic looks like. 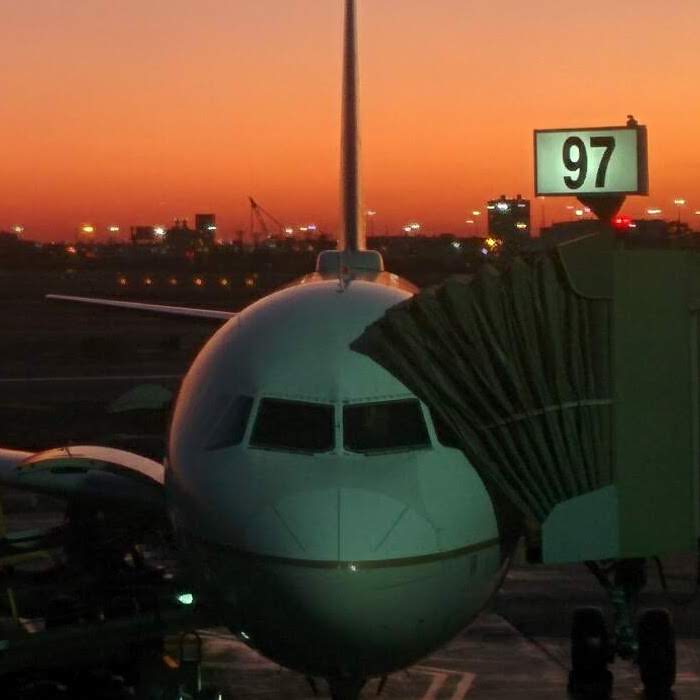 "It can hardly be a coincidence that no language on Earth has ever produced the expression 'as pretty as an airport.' Airports are ugly. Some are very ugly. Some attain a degree of ugliness that can only be the result of a special effort." - Douglas Adams